A Message from the Superintendent

It is my distinct pleasure to serve this community as Superintendent and work with our amazing families to continue to move Ferndale in a positive direction.

At Ferndale we are committed to providing a well-rounded educational experience and have an award-winning fine arts programs, successful athletic teams that emphasize good sportsmanship both on and off the field and career oriented experiences that can help students make a successful transition into their future careers, and an abundance of ways for students to establish connections with their school and community.

The entire educational community is dedicated to creating opportunities for learning and personal growth in welcoming environments that encourage creativity, diversity, collaboration, inquisitiveness, and critical thinking skills. The goal is to impart on our students knowledge and skills that will enable them to compete on a global scale, but also to relate to and appreciate their fellow citizens. We aim to provide our students with authentic learning experiences where they can take what they have learned in the classroom and apply it in real world situations. Beyond imparting knowledge, our educators cultivate the vital skills of critical thinking and problem solving so our students will grow into independent thinkers who make informed decisions.

Our educators teach to the whole child and develop meaningful partnerships with students and their families. In this way, we encourage and value communication to improve the educational process for each individual student and the entire district. Collaboration with the community is vital to any great school district and works to create a synergistic relationship between the school district and the entire community that benefits everyone.

As our children progress towards taking on the many responsibilities they will face as adults they will need the strength of character and compassion to carry out these responsibilities and it is our duty as a community to ensure they are ready for the task. At Ferndale Schools we believe that working through our challenges together as a community will allow us to succeed in the future. Our work together requires teamwork, collaboration and shared leadership toward a common mission, vision, values and goals.

Please feel free to call or come by anytime if you would like to connect.

A Vision of Acheivement and Equity

My vision is not to only ensure students graduate, but are college and career ready. The goal is to continue to create systems of schools within the school system to meet the individual needs of our students (rather than having a one size fits all mode). The biggest area of need I see is to reduce the achievement gap (based on race and socioeconomic status) and increase minority and low income participation in honors and AP.  We have to reduce the achievement gap. 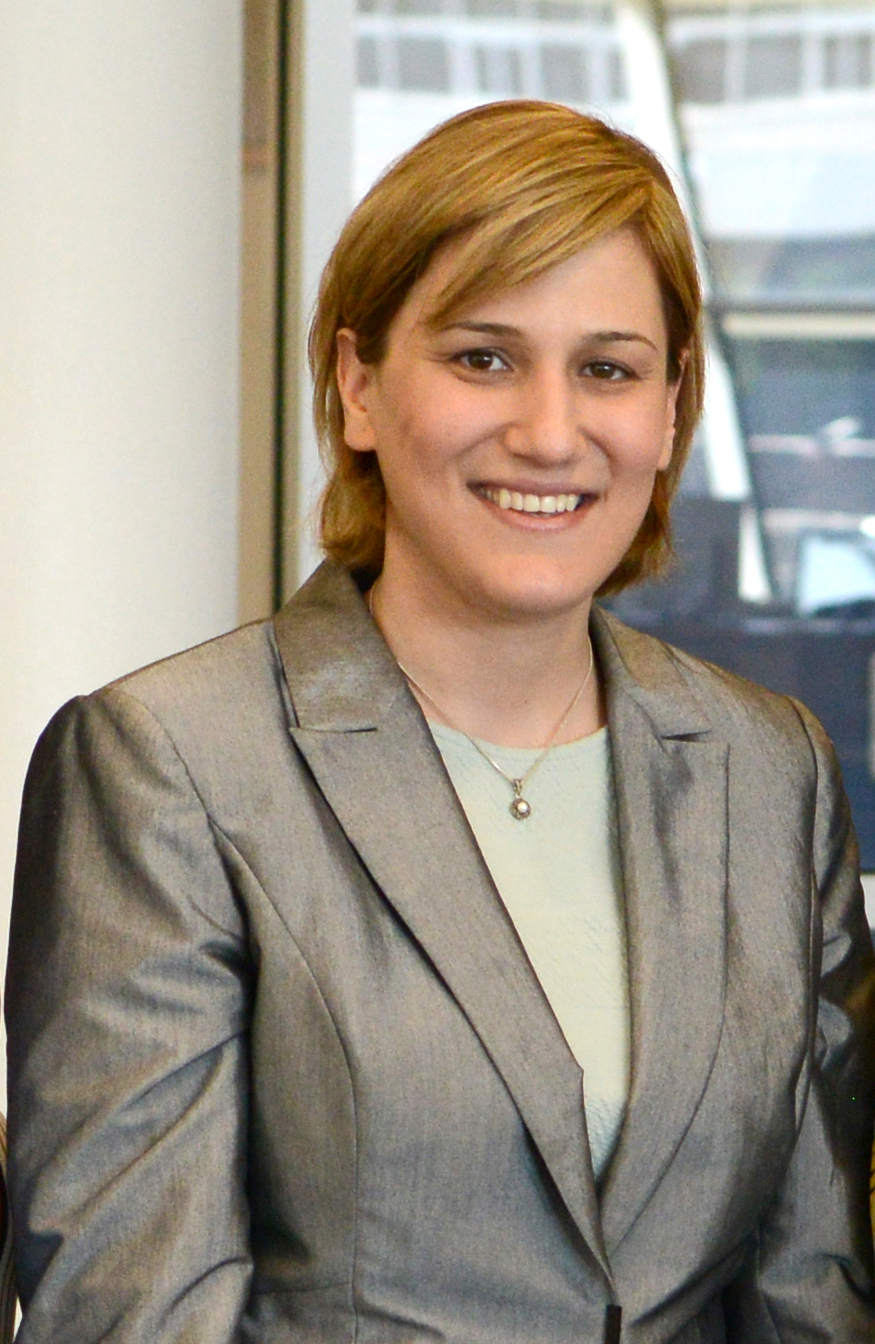 Free fresh food for families in need will be available at the Gerry Kulick Community Center, thanks to Gleaners Community Food Bank.

Juneteenth Celebrates the End of Slavery

Today, we celebrate Juneteenth. Juneteenth​ is a festival held annually on​ June 19th​ ​to commemorate emancipation from slavery in Texas.

Why Texas, you may ask?  Throughout the Civil War, ​Texas was not as closely monitored as other battle states​.​ For this reason, many slave owners went to Texas in order to keep those they’d enslaved as long as possible. After the Emancipation Proclamation went into effect (Jan. 1, 1863), people enslaved in war-torn states often escaped behind Union lines or fought on its behalf, ultimately winning the war (April 9, 1865). However, approximately 250,000 enslaved people in Texas had no idea that their freedom had been secured.

On​ June 19, 1865,​ Union General Gordon Granger led thousands of federal troops to Galveston, Texas to announce that the Civil War had ended over two months earlier, and everyone had been freed. In the 1870s, ​a group of those recently freed pooled $800 together through local churches to purchase ten acres of land and create Emancipation Park to host future Juneteenth celebrations in modern-day Houston. ​In 1980 ​“Emancipation Day in Texas” became a legal state holiday in recognition of Juneteenth. State offices, however, do not completely close, as it is considered a "partial staffing holiday." Elsewhere, the holiday is also referred to as Emancipation Day, Freedom Day, and Black Independence Day. Many continue to celebrate Juneteenth. Throughout the nation people host cookouts, parades, and other gatherings to commemorate.

In 2019, ​Opal Lee of Fort Worth, TX began walking across the nation at the age of 92 to bring awareness to her campaign for Juneteenth to be a ​National Day of Observance​. "Now​, ​46 states have it as a state holiday​ and there's no reason for it not to be a national holiday," she said. Opal kicked off her movement in Detroit in July 2019, specifically to gain the attention of the 20 presidential candidates in town for the CNN Democratic national debate. She, her family and friends, as well as Detroiters, walked from Hart Plaza along the Riverwalk through downtown to the historic Second Baptist Church (she walked to Washington DC as well). There is currently a proposal in the United States Senate to declare Juneteenth a widely observed holiday. For more information on Opal Lee's journey, check out ​opalswalk2dc.com

Get more background on Juneteenth and the history leading up the annual celebration from The Smithsonian's National Museum of African American History & Culture.

Summer is here, and the summer slide poses an especially large challenge after 3 months of distance learning. To keep students intellectually engaged and learning throughout the summer, our educators have organized the IXL Summer Challenge. Students only need to login to IXL using their Clever accounts and start practice their skills online. Reward will be given for reaching the learning hour milestones below.

Contact your teacher for ideas on which Subjects and Standards to focus on. Have fun and enjoy your summer! 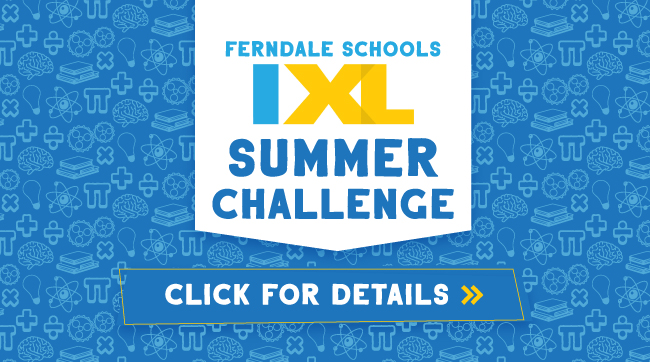 Starting on July 1st, Ferndale Schools will be transitioning to a new communication platform, replacing Q Communication with Remind.  While we understand how frustrating it is to learn a new system, this decision was made after careful deliberation and consultation with many staff and community members.

If you're not already familiar with Remind, it's a classroom communication tool that makes it easy to stay involved with your child's learning. Remind is free to use, and you'll be able to get and send messages on any device—even a simple text message from your phone!  Remind uses email, text, and telephone calls to help you communicate with individuals or groups quickly and safely.  Many staff, parents, coaches, and students may already be experienced in using Remind.

How does this impact me?

As part of this rollout, official accounts will be created for all the educators, parents, and students in Ferndale Schools. Around the 1st of July, you'll receive an email or text message from Remind. All you need to do is follow the steps in the message to finish setting up your account. Watch a video demo here to see how Remind works »

Thank you for your patience and flexibility as we roll out this new system. If you have any questions or concerns, please do not hesitate to ask.