Mrs. Mickles's class would like to welcome you to the new year with some music and movement! Welcome!

February is Black History Month, but we support Black History education and our Black community everyday. Please visit our resource page at FerndaleSchools.org/BHM to find some great ways to show your support and educate yourself. Special activities are going on in our schools this month to honor the legacy of a beautiful culture that has blossomed out of such tragic beginnings. 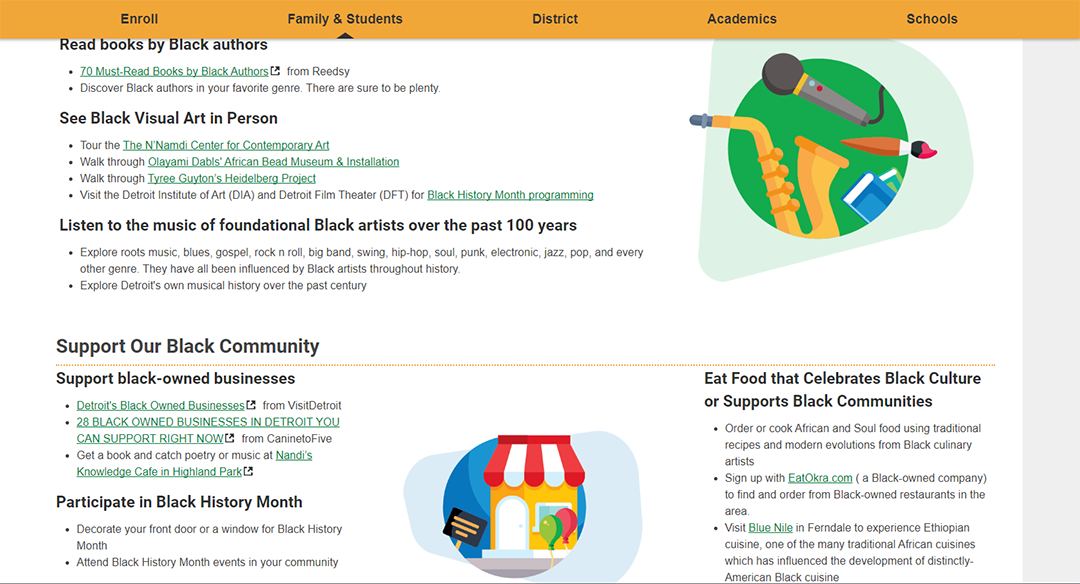 It's important to remember that Black History month is more than just a highlight reel of Black accomplishments and Black tragedies. As President Obama said in 2016, "We know that this should be more than just a commemoration of particular events. It’s about the lived, shared experience of all African Americans, high and low, famous and obscure, and how those experiences have shaped and challenged and ultimately strengthened America. It’s about taking an unvarnished look at the past so we can create a better future."

Lower Elementary music teachers Meagan Grammatico and Charissa Duncanson presented this past weekend at the Michigan Music Conference! Charissa led an engaging and fun session all about movement and mindfulness. She taught other music educators different movement activities to bring back to their classrooms. 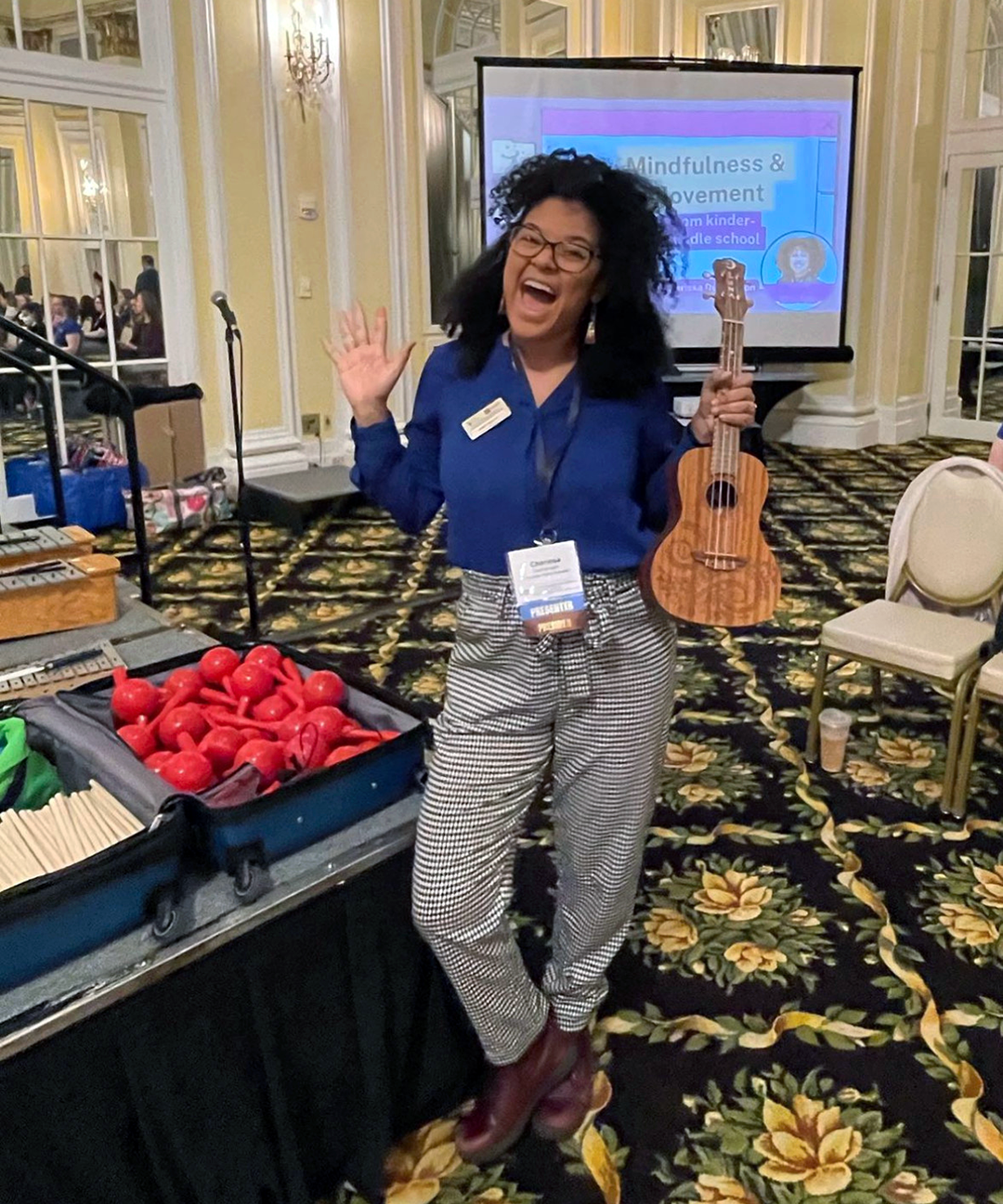 Meagan was a part of a panel with two other music therapists called “Ask a Music Therapist.” She gave other music educators ideas on accommodations and modifications for students of all different abilities and talked about strategies to incorporate social emotional learning into the elementary music classroom. Next year, they plan to present together! 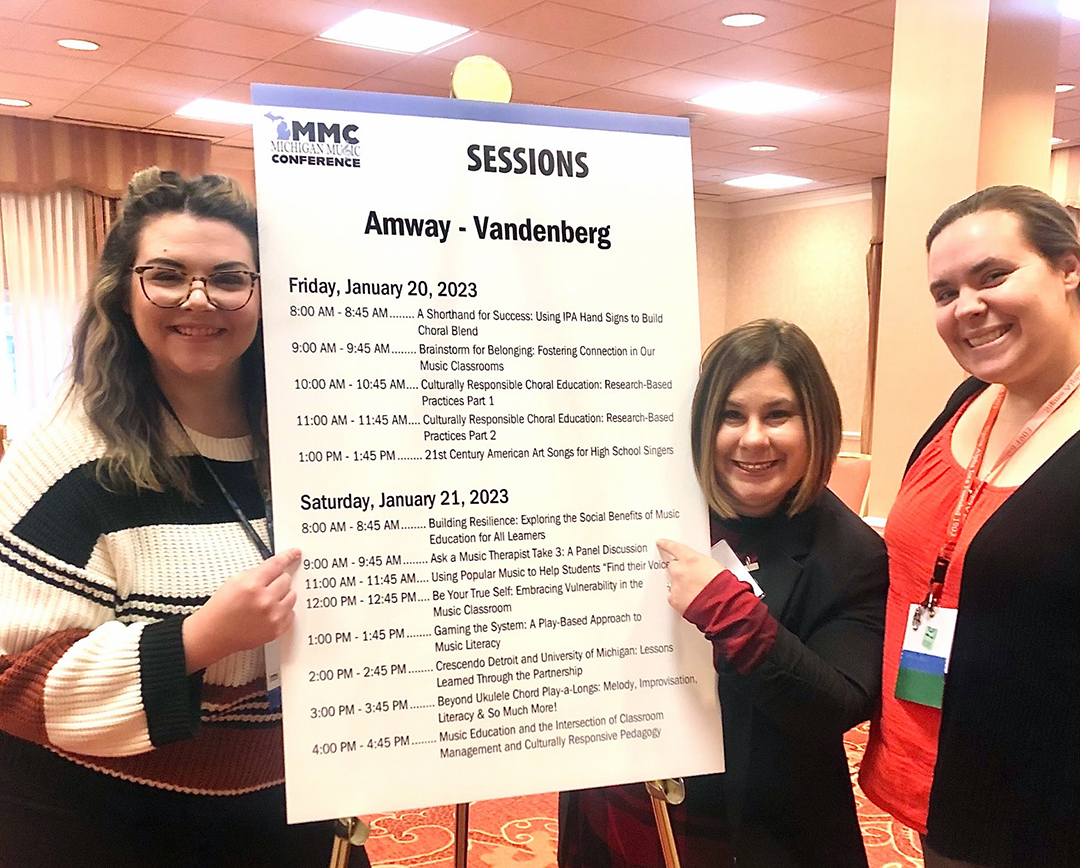 On Monday, January 23rd, the Board of Education approved the following School of Choice Enrollment windows:

Early applications cannot be accepted and will need to be resubmitted during the open enrollment period, in compliance with Michigan State Law.

Ferndale Public Schools will be closed on Wednesday, January 25, 2023.

After speaking with the county's meteorology and risk management consultants, we have decided to close schools on January 25th due to the hazardous conditions expected. This includes all after-school events.

PALs from Ms. Lepp's class joined Mrs. Williams's students for fun Lunar New Year activities in the month of January. They made lanterns, drums, and marched in a parade! This 3,500 year old festival celebrates the turning over of the lunar calendar, and is also known as Tết in Vietnam, Seollal in Korea, and many other names across several other countries and cultures in East Asia and the Pacific Islands. Sunday, January 22nd marks the commencement of the Year of the Rabbit in many cultures, while Vietnamese culture recognizes the Year of the Cat. The Lunar Calendar was developed in China during the Spring and Autumn period of the Eastern Zhou dynasty (771 and 476 BC). 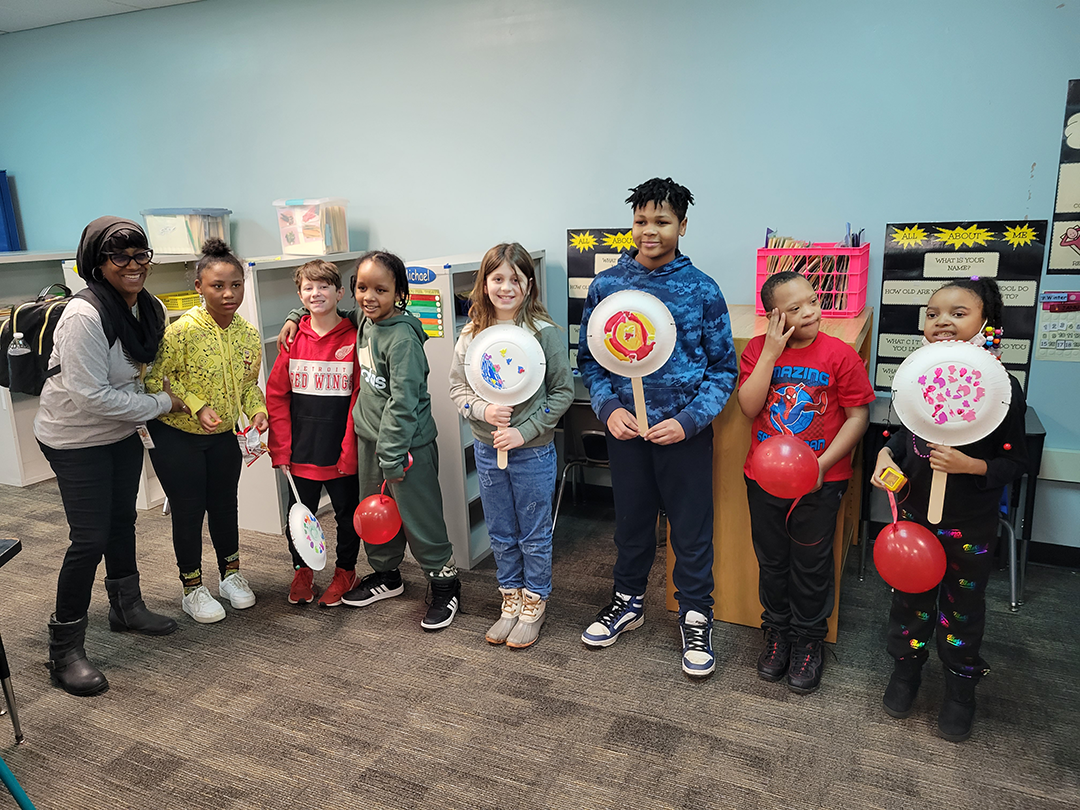 You can learn more about this unique tradition of hóngbāo in this interactive Google Arts & Culture page. Learn even more about Lunar New Year with Google's Arts of the New Moon project, including an interactive story telling of how the animals in the zodiac got their turns. The festival is celebrated by over 20% of the world population, and coincides with several other cultural celebrations based around the moon cycles, including indigenous traditions in Ireland and Canada.

School-Aged Child Care Before and after care for elementary students. More...