All kids deserve the social, emotional, and physical benefits of play. Ferndale Lower Elementary is proud to be partnered with Playworks to create healthy play environments where every child can join in. With Playworks, our kids bring out the best in themselves and each other. They learn the value of fair play, compassion, and respect. They practice key social and emotional skills. They run their own games and settle their disputes quickly (we recommend rock, paper, scissors) because getting along is more fun than fighting. When all students are included and all students know how to play popular games, every child has the opportunity to discover the joy of active play.

A new review conducted by RAND Corporation and commissioned by The Wallace Foundation found that Playworks stands out among social and emotional learning (SEL) programs for evidence of impact.

The RAND Corporation review found that the Playworks Coach service is one of only seven elementary school SEL interventions to meet the highest criteria for evidence of impact under the Every Student Succeeds Act (ESSA). It was one of only three elementary school SEL interventions reviewed to show “strong evidence” of impact on more than four outcomes.

The Playworks Coach service, which includes class time, out-of-class time, and out-of-school time components, is available to elementary schools in 23 U.S. cities. In this service, Playworks staff members work at partner schools to ensure every kid can experience safe and healthy play at recess and throughout the day. The service is available to schools where 50 percent of students or more qualify for free and reduced lunch.

States and districts can potentially use three ESSA funding streams—Title I, Title II, and Title IV—to support SEL programming in schools. To qualify, SEL programs must address indicators identified in state ESSA plans, such as chronic absenteeism, school climate, school safety, and student engagement. They must also be evidence-based, meaning they demonstrate statistically significant evidence of impact or are working towards doing so.

RAND used the National Research Council SEL framework to identify SEL programs to review. This framework defines cognitive, intrapersonal, and interpersonal skills that contribute to success in school, in the workplace, and beyond. RAND reviewed 24,000 research citations and found 150 studies on interventions that impacted these skills.

Of these, RAND identified 60 SEL interventions, including Playworks Coach, that showed statistically significant evidence of impact from a well-conducted research study. Within this group, RAND further categorized programs into “strong evidence”, “moderate evidence”, and “promising evidence” tiers based on the rigor of the evaluation. Playworks was one of only a handful of interventions in the strong evidence tier.

The RAND review is the first to comprehensively examine how published evidence from U.S.-based K-12 SEL programs fit within the ESSA evidence requirements and which may qualify for funding based on ESSA’s evidence criteria. 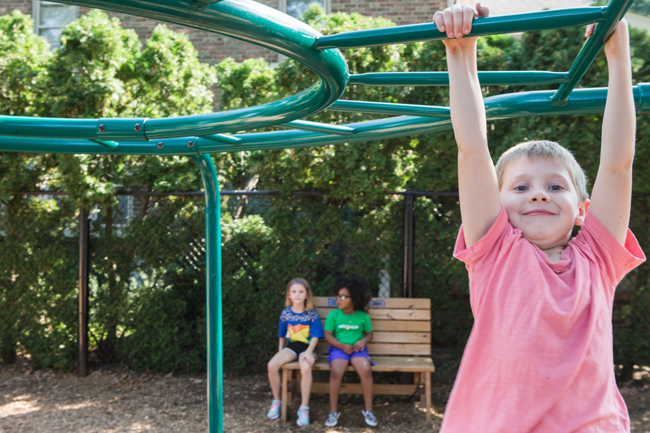 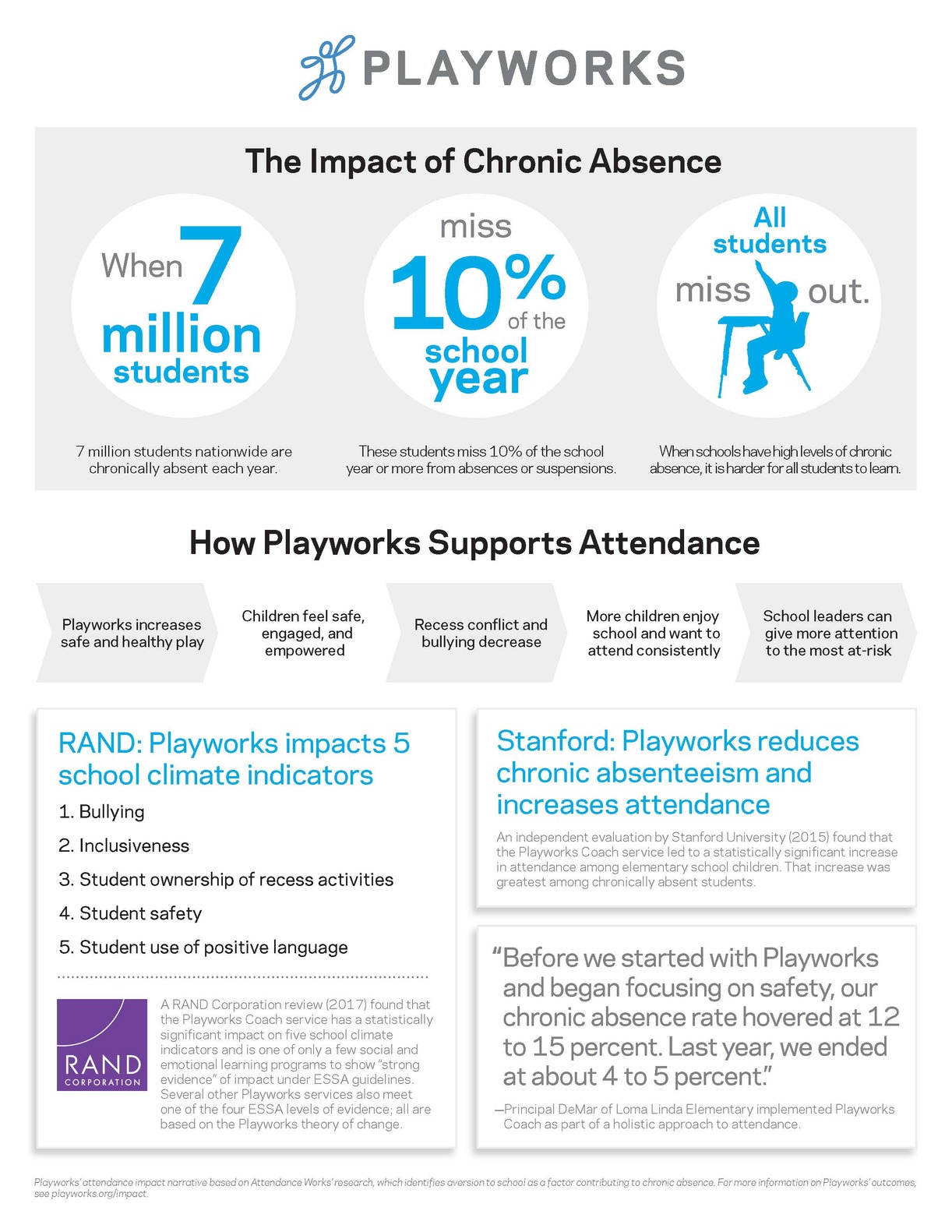 School-Aged Child Care Before and after care for elementary students. More...